The Wausau West InvenTeam invented a self-guided, semi-autonomous snow removal device for use by individuals who are physically challenged in regions that receive regular snowfall. In an effort to eliminate the potential for user injury, the device follows a predefined path that does not require immediate physical input. The device has a navigation system that is accurate to within six inches in each direction from the intended path, a run time of at least one hour, and can throw snow at least fifteen feet. The device is intended to be used primarily on residential driveways and sidewalks, however other applications may be possible. The alpha prototype cost $8,000 to fabricate. Watch their 2014 EurekaFest Video 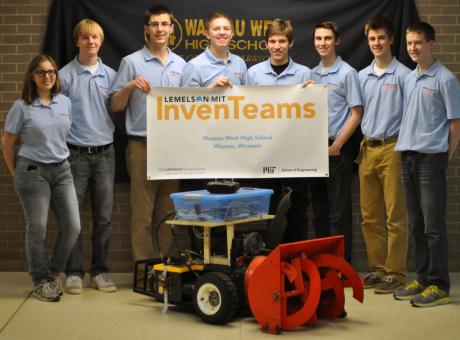