Stanford Robert Ovshinksy was a prolific, self-taught American inventor who earned over 400 patents in the areas of energy and information during his lifetime. Ovshinsky created the battery technology that powers most of the world’s smartphones and invented materials that gave life to the engineering of semiconductors, solar energy, and electric cars. Many scholars compare Ovshinksy to Albert Einstein and Thomas Edison, with his similar level of genius and scale of his inventions.

Stanford Ovshinsky was born in Akron, Ohio on November 24, 1922. He was the son of working-class Lithuanian Jewish immigrants who left Eastern Europe in the early 1900s. His father, Benjamin, taught him the importance of giving back to others, in particular aiding workers and minorities. His belief in social justice would greatly impact his inventions of the future. After graduating from high school, Ovshinsky went straight to work. At first he was inclined to become a machinist and toolmaker after accompanying his father on trips to collect scrap metal around Akron. While working in a tire mold factory, he became more interested in improving the actual machines, which led him on the path to becoming an inventor.

Ovshinsky’s asthma kept him out of military service during World War II. He married Norma Rifkin, his first wife, and moved to Phoenix to work in a Goodyear aircraft factory. In 1946, after the war, he returned to Akron and set up his own machine and lathe manufacturing shop. Lathes are machine tools used primarily to shape metal or wood. Ovshinksy’s first patent was for an automated, heavy lathe that he called the Benjamin Lathe, named for his father.

In 1955, Ovshinsky began working in the field of amorphous materials, that is, materials that lack a definite crystalline structure. Ovshinsky was the first engineer to devise a method called "phase change," for crystalizing these disordered materials, with resulting novel uses.

In 1960, Ovshinsky, along with his second wife, Iris Dibner, founded Energy Conversion Devices, Inc. (ECD), in order to solve societal problems in information and energy. Meanwhile, engineers nationwide had eagerly entered an entirely new field, "ovonics" (from Ovshinsky Electronics). Ovshinsky earned numerous patents in the 1970s and 1980s for amorphous semiconductor materials. These materials became essential to optoelectronic copying and fax machines, as well as flat-panel liquid crystal displays like those of computer monitors, flat screen televisions, and eventually smartphones. As early as 1970, Ovshinsky had used his ovonic phase change principle to invent rewritable CDs.

The Ovshinskys were champions of alternative energy sources. They sounded alarms ahead of their time, decrying the world’s unending demand for oil, predicting it could lead to climate change and wars over resources. He was instrumental in the development of solar panels as a method of preventing rapid climate change. In 1983, he patented a system that allowed photovoltaic solar panels to be manufactured in continuous rolls 1000 feet in length. Ovshinsky's "Continuous Amorphous Solar Cell Production System" operates much like a newspaper rollpress, speedily imprinting a plasma of amorphous silicon semiconductors in a continuous web onto a thin, anodized metal sheet.

More than 60 years ago, Ovshinsky began promoting hydrogen fuel cells as an alternative to the internal-combustion engine. In the latter part of his life, Ovshinksy focused on developing a feasible electric car. After years of development, he earned a patent in 1994 for a high energy-storage, environment-friendly, maintenance-free, rechargeable battery. Ovshinsky's nickel metal-hydride (NiMH) model, when compared with its nickel-cadmium and lead-acid competitors, is twice as powerful, with none of their fatigue and discharge problems. In fact, Ovshinsky's battery shattered the Department of Energy's performance targets. However, electric cars have yet to take off, even decades later. According to Ovshinsky, the auto industry falsely claimed that NiMH technology was not ready for widespread use in cars.

Ovshinsky’s tremendous work in the areas of batteries, solar panels, and amorphous materials earned him many awards and recognitions. Examples include the 2005 Innovation Award for Energy and the Environment, being named “Hero for the Planet” by Time magazine in 1999, and being inducted in the Inventors Hall of Fame in 2015.

In an interview with the Bulletin of the Atomic Scientists, Ovshinsky was asked at the age of 88 if he planned to retire. Ovshinsky replied, “Hell, I have more than 400 patents and 15 pending out there right now, and going for more. As long as I know I can do it, it is my civic responsibility to do it because of the character of the problems. Somebody has got to do it.” Ovshinsky died from prostate cancer at the age of 89 on October 17, 2012 in Bloomfield Hills, Michigan. 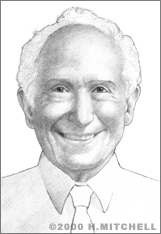