Moses Fleetwood Walker is best known for being one of the first Black people to play major league baseball, joining the Toledo Blue Stockings in 1884. Although many assume this recognition belongs to Jackie Robinson, there were several other Black men who played in leagues that preceded modern baseball. Walker is a remarkable Black man for his time, not only for playing professional baseball, but for receiving a higher education and earning four patents for inventions in artillery shells and improved film reels.

Moses Fleetwood Walker was born on October 7, 1857 in Mount Pleasant, Ohio, a location known as a station for smuggling runaway slaves to Canada for the Underground Railroad. Walker’s parents, Moses W. and Caroline, were of mixed race. His father was a doctor and minister and his mother was a midwife. Walker attended Oberlin College where he majored in philosophy and the arts while also playing baseball. He had tremendous success as a catcher and hitter on the team, which prompted the University of Michigan to recruit him for their program. In 1883, Walker abandoned his studies at the University of Michigan to play minor league baseball for the Toledo Blue Stockings, a Northwestern League team. In August 1883, Adrian “Cap” Anson, manager of the Chicago White Stockings, announced that his team would not play Toledo with Walker in the lineup. Although both teams ended up playing, it marked the beginning of professional baseball’s segregation.

The Toledo Blue Stockings’ successful 1883 season allowed them to transfer to the American Association, one of two major leagues at the time in 1884. Walker played 42 games for Toledo and after his last game there would be no other Black players in the major leagues until Jackie Robinson joined the Brooklyn Dodgers in 1947. Walker continued to play baseball in the minor leagues until 1889. During this time, most likely due to injustices faced by Black people, Walker fell into alcoholism and trouble with the law.

In spite of his turbulent post baseball life, Walker utilized his education and creativity to work on various inventions. In 1891, Walker designed and patented an outer casing for an artillery shell that used gunpowder instead of compressed air. His artillery shell failed to garner much interest but he went on to co-own a hotel with his brother, Weldy, and managed the Opera House, a local movie theater. While being surrounded by motion pictures, opera, and vaudeville, Walker invented holders for film reels that could more easily be loaded by projectionists. In total, he received four patents for his inventions.

In his latter years, Walker became increasingly affected by the terrible bigotry he experienced during his life. In the early 1900s, Walker and Weldy co-edited a newspaper called The Equator, which explored topics about race. In 1908, Walker published a piece entitled “Our Home Colony: A Treatise on the Past, Present, and Future of the Negro Race in America.” In his writing, Walker expresses defeat and urges Black people to leave the U.S. in search of better opportunities in Africa. Walker himself never set sail for Africa and died of pneumonia on May 11, 1924 in Cleveland, Ohio. Recent years have brought light to Walker’s incredible legacy. The minor league Toledo Mud Hens have posted a historical marker outside their ballpark chronicling Walker’s career. In 2017, the Ohio Legislature established an annual Moses Fleetwood Walker Day on his birthday. 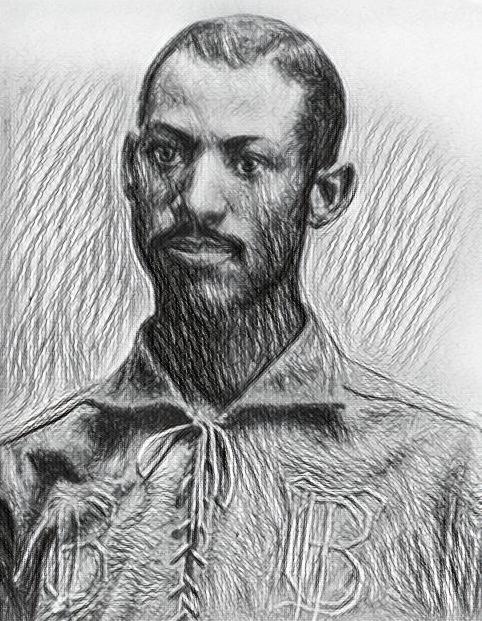