Luis von Ahn is the co-founder and CEO of the language-learning website and mobile app, Duolingo. He is also the co-creator of CAPTCHA, the challenge–response test used in computing to determine if the user is human, and creator of reCAPTCHA, a service that protects websites from spam. In 2018, von Ahn received the $500K Lemelson-MIT Prize for his groundbreaking inventions in global computer technology.

Luis von Ahn was born and raised in Guatemala to parents who worked as physicians. As a child, von Ahn always had a strong interest in science and computers. Growing up in Guatemala, von Ahn experienced a system where the better educational opportunities were limited to the wealthy. These limitations were particularly inhibiting for those that did not speak English.

Von Ahn's mother sent him to a private English language school in Guatemala City, which put him at an advantage over the underserved people in the country. This personal advantage later inspired him to help others who were not as fortunate.

Von Ahn received a bachelor’s degree in mathematics from Duke University in 2000, and went on to earn a doctorate in computer science from Carnegie Mellon University in 2005. While at Carnegie Mellon University, von Ahn studied under his mentor Manuel Blum.  Together, they co-coined the term “CAPTCHA”, an acronym short for “Completely Automated Public Turing test to tell Computers and Humans Apart”. This test looks like a bunch of twisted letters to determine if a computer user is a human or a bot.

Later in 2005, he became a faculty member in the School of Computer Science at Carnegie Mellon University. During his time there, von Ahn coined the term “reCAPTCHA,” which is seen in the form of Google’s “I am not a robot” verification for cybersecurity. It is the same service that asks computer users to click all of the photos that contain cars, cross-walks, etc. He sold this service to Google in 2009. He also sold a game he designed called Games With a Purpose in 2006. The game was an extrasensory perception game used to improve the accuracy of the Google Image Search.

Inspired by his upbringing, in 2011, von Ahn co-founded Duolingo along with graduate student Severin Hacker, to make language education free and accessible to everyone. This innovation has grown to become the most popular language-learning platform worldwide. As of 2020, the platform offered nearly 40 languages and had around 40 million active users each month.

Following its success, von Ahn decided to further improve the language service. He noticed the many problems people faced trying to get a job in an English-speaking country or an international company. They have to pass an English proficiency test, an exam that usually costs $250 in addition to travel costs to the testing center. In his own experiences, von Ahn had to fly from Guatemala to El Salvador to take his English proficiency test in preparation for applying to college in the U.S. Duolingo’s English certification test can be taken from home for $49 and lasts 45 minutes, in contrast to the $250 and three hours required for traditional proctored tests. By 2021, over 3000 institutions worldwide — including Duke, UCLA, Columbia, Dartmouth, New York University and Yale — accepted Duolingo’s test as part of their admissions process.

Luis von Ahn holds multiple patents and has been published in many scientific papers. His research and work in the field of technology have earned him international recognition and numerous awards. In 2005, at the age of 28, he was recognized as a MacArthur Fellow for his work in artificial intelligence and natural intelligence to address problems of profound theoretical and practical importance. His many accolades include being awarded the Presidential Early Career Award for Scientists and Engineers in 2012, and the Distinguished Leadership Award for Innovation and Social Impact by the Inter-American Dialogue in 2017.

Currently, von Ahn is the CEO of Duolingo. He sits on the board of directors of the U.S. Foundation of the University of the Valley of Guatemala, where he helps shape the future of education in the country. He has given talks about Duolingo to young people at universities in Turkey, India, Guatemala, Chile, Argentina, Mexico, and Costa Rica. Duolingo also hosts Creative Technology Nights at their offices to inspire middle school girls to pursue careers in STEM (science, technology, engineering, and math).

Most recently, in early 2020 when the COVID-19 pandemic shuttered schools, Duolingo moved up its release of a literacy app for children ages three to six years old in Australia, Canada, Ireland, New Zealand, the U.K. and the U.S. This new app, Duolingo ABC, combats problems of global illiteracy and gives more children the opportunity for social mobility through learning to read and write English.

You can learn more about von Ahn in this case study. 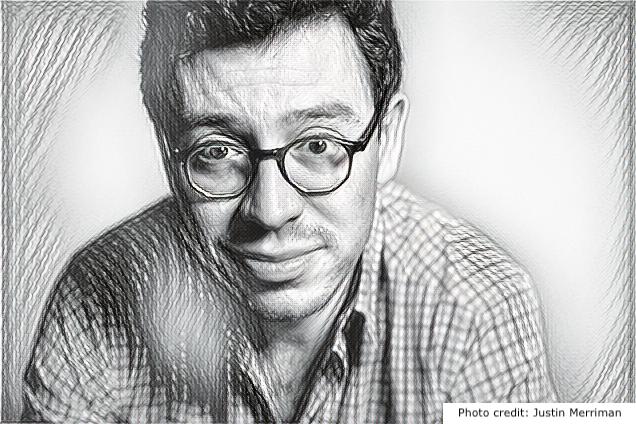