Pioneer of the revolutionary CRISPR technology and optogenetics
Healthcare

Feng Zhang is a pioneer in the world of genome editing and optogenetics, a method used for the study of neural circuits in the brain. Zhang has discovered and invented tools to study, diagnose and treat diseases such as autism spectrum disorder. His molecular engineering tools have helped broaden our understanding of the nervous system. Zhang received the 2017 $500K Lemelson-MIT Prize for his work in genetic research.

Feng Zhang was born in China to computer scientists. As a child, he liked to take things apart and observe what was inside. When he was eleven years old, his parents decided to move the family to the U.S., believing the American education style would be better for him with more hands-on learning. He spent the remainder of his childhood in Des Moines, Iowa where he attended Theodore Roosevelt High School. One of his science teachers was so impressed with his intelligence and drive, that he helped Zhang get a volunteer opportunity at a local gene therapy lab when he was just sixteen years old. Two years later, he won the Pinnacle Award at the Intel International Science and Engineering Fair and placed third in the Intel Science Talent Search a year later.

After high school, Zhang studied chemistry and physics at Harvard University and graduated with the highest honors in 2004. He then received a doctorate in chemical and biological engineering from Stanford University in 2009. After earning his PhD, he began to research genome editing.

Zhang discovered that it was possible to adapt DNA sequences in a new way for studying genomes, which contain hereditary information. He has researched ways to edit genomes, which involves changing an organism’s DNA. This allows scientists to add, alter or remove genetic material, which can treat human diseases. Zhang’s long-term goal is to develop new therapeutic strategies for disease treatment.

He co-founded Editas Medicine, BEAM Therapeutics and Arbor Biotechnologies, which all focus on using DNA to produce medical and environmental solutions.

In 2018, Zhang was elected as a Fellow of the American Academy of Arts and Sciences and a member of the National Academy of Sciences.

Zhang is currently the James and Patricia Poitras Professor of Neuroscience at MIT and an associate professor of Brain and Cognitive Sciences and Biological Engineering at MIT. 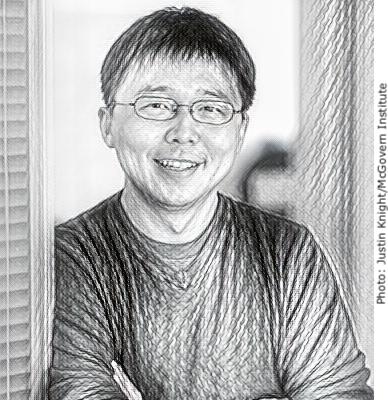