Emanuel “Ely” Sachs was born in New York, New York, on November 30, 1954. He is a major player in alternative energy research, particularly in the area of photovoltaics, a solar power technology using solar cells to convert sunlight into electricity.

His invention of string ribbon crystal growth makes it possible to manufacture photovoltaic cells and panels more efficiently and inexpensively than ever before. The process allows for the production of continuous thin strips of multi-crystalline wafers. In the past it was necessary to saw through a block of the substance to create these discs, a time-consuming and expensive process that also produces damaged material that needs to be culled from the final yield. String ribbon significantly reduces manufacturing cost for some types of solar panels, which in turn makes adoption of the technology on a wider scale more feasible.  Sachs not only created the core process but also a method for seeding the growth of the necessary silicon material, as well as a method for continuous purification of the silicon during growth.

Sachs earned an SB in Mechanical Engineering in 1975, followed by an MS in the same field in 1976, both from the Massachusetts Institute of Technology. He joined Mobil Tyco Solar Energy, where, from 1977 to 1979 he worked on novel temperature measurement methods and furnace-related technologies. It was there that he first learned of the tremendous opportunity there was in the photovoltaics field and turned his focus toward this area.

He was named recipient of a Hertz Fellowship in 1980, which allowed him to return to MIT to work in this field. With support from Arthur D. Little of Cambridge, Mass., he embarked on a five-year research project during which he invented string ribbon, at first dubbed “edge-stabilized ribbon.” Meanwhile, he completed his PhD, also in mechanical engineering, at MIT in 1983.   Subsequent funding from the Solar Research Institute and Solarex Corp. of Rockville, Maryland (now BP Solar) helped him take the technology further; soon he was able to demonstrate continuous crystal growth of 2.2-inch wide ribbon for fabrication of very efficient solar cells. In 1994, a licensing agreement for string ribbon was struck between Sachs and Evergreen Solar, Inc., making string ribbon the core technology of this Marlboro, Mass.-based company. Evergreen now manufactures high-quality poly-crystalline solar panels and is growing at a rate of more than 100 percent per year.

In addition his work in photovoltaics, Sachs is a pioneer in the field of rapid prototyping, which he worked on from 1988 to 2002. With colleagues, he developed the concept of three-dimensional printing, in which components are created in layers, each layer created by spreading powder and ink-jet printing a binder material, which selectively joins the powder in a layer. This allows engineers to create functional parts rather than models or patterns for prototyping and testing, as well as for creating finished product components. His work in this area yielded more than 40 patents and launched a brand new industry.

3D printing technology has since been applied to a wide variety of systems and application areas including metal end-use parts, ceramic parts for electronic applications, ceramic parts for machining, ceramic molds for metal casting, and for medical applications in creating polymeric parts for tissue engineering and for drug delivery devices. He ceased work in this area in 2002 to focus on photovoltaics when companies licensing the technology began to successfully move it forward. Companies now making three-dimensional printing equipment include Z Corp., focused on office-compatible machines to create models in the design field; Prometal, which uses 3DP to make metal parts; Therics, a firm focused on using 3DP for tissue engineering applications, and Apprecia Pharmaceuticals, which uses 3D printing to make forms for pills.

Sachs became a member of the MIT faculty in 1986 where he serves as Fred Fort Flowers and Daniel Fort Flowers Professor of Mechanical Engineering. He has been recognized for pioneering new approaches to teaching undergraduate education, focusing on active, hands-on participation by students in the discovery of knowledge. His research has been devoted to photovoltaics and light-trapping bus-wire that could increase the efficiency of PV modules by as much as 5 percent. Bus-wires are flat copper wires attached to the top of solar cells to help conduct the current collected by the panel’s metallization grid.

Sachs’ numerous honors and awards include the Ruth and Joel Spira Award for Distinguished Teaching in 1995; the Institute of Corrosion’s T.P. Hoar Award in 2001; the IR&D 100 Award in 2004; and the TMS Champion H. Mathewson Award in 2006. He has authored more than 110 technical papers and holds more than 40 patents. 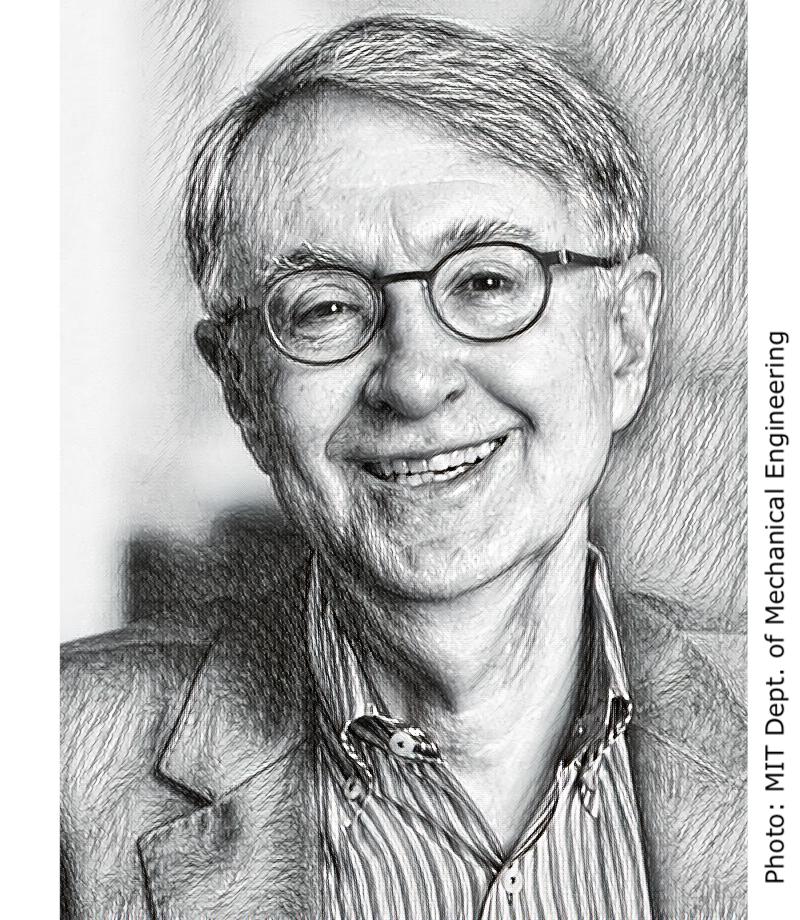