Love it or hate it, the cultural significance of the psychedelic fixture known, as the lava lamp is hard to deny. The incredibly popular lamps came to signify the mindset of the 1960s both in Great Britain and the U.S., and sales resurged beginning in the early 1990s.

Edward Craven Walker is credited with having developed the classic version of the lava lamp in 1948 after he saw an egg timer in a bar in Hampshire, England, made of a glass shaker placed in a pan with a boiling egg. The shaker contained a ball of wax in water that, when melted, would turn into a dynamic, globular, floating substance, indicating that the egg was done. A man known only by the last name of Dunnett had patented this device, but he was deceased, leaving Walker to ponder the possibilities for a similar design.

Walker, born in Singapore on July 4, 1918, to British expatriate parents, led a colorful life himself. He spent some time working for the British-American Tobacco Company, followed by his service with the Royal Air Force during World War II where he piloted Mosquito Aircraft on photoreconnaissance missions. After his discharge from the RAF, he moved to London and began to develop his own home exchange travel business.

He also became a devoted follower of the lifestyle concept known as nudism, otherwise known as naturism, or naturalism. He became acquainted with this way of life in the late 1940s during a visit to the Isle du Levant off the southern coast of France, and in fact produced several art house films themed around the philosophy, including Traveling Light and Sunswept. He also established the UK’s most well known nudist colony, the District Naturist Center.

Amidst all of this, he continued to ponder the possibilities of a novelty item that would incorporate the basic idea of the egg timer he saw in 1948. The product he envisioned would include an electric lamp, which would provide the heat to make the wax melt. In the latter part of the 1950s he began devoting himself to the project, and worked on a marketable concept with the Crestworth Company based in Dorset, England.

Walker’s final design used a secret formula consisting of oil, wax and more than a dozen other ingredients. The mixture was put into a glass globe on a gold base. Available colors for the “lava” included red or white, with yellow or blue liquid.

When cold, with the lamp turned off, the lava inside a lava lamp is a hard mass at the bottom of the glass container that is hardly noticeable. However, when the lamp is switched on, after about 20 minutes the lava begins to heat and expand, and becomes less dense than the water it is sitting in. At that point, it begins to rise. As it cools away from the heat source, it begins to fall again. This repeats over and over again, creating a constantly changing scene of waves of color moving up and down inside the glass.

Walker began marketing the lamp in Europe in 1963 with the name Astro Lamp. Its debut was perfectly timed to precede the “psychedelic craze” of the 1960s. He patented the design in England in 1964, and the lamps began selling first in London at Selfridges and Fortnum and Mason. Walker set up a manufacturing plant in Poole, England under the name of Crestworth, Ltd.

Sales began to slow in the 1970s as a cultural shift set in, but Walker continued to oversee operations of his lava lamp business until the 1980s. At that time, an entrepreneur by the name of Cressida Granger became interested and began marketing and selling the lamps in the late 1980s and early 1990s until her company Mathmos finally bought the business in 1995.

Mathmos, along with a 1960s culture comeback, restored lava lamps’ popularity, with sales leaping from around 2,500 units per year in the 1980s to more than 800,000 in the late 1990s, not including imitation brand lamps.

Walker lived long enough to see his lava lamps’ revival; he died in Ringwood, Hampshire, England, on August 15, 2000, at the age of 82. 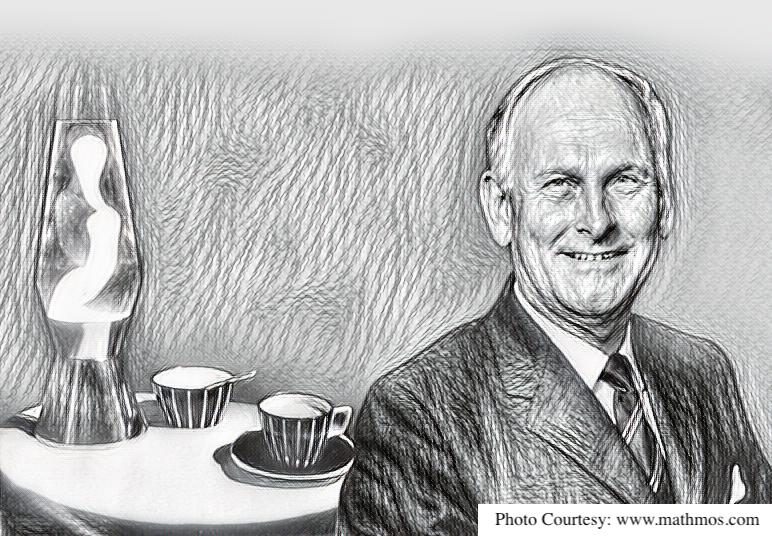