As the environmental movement continues to build momentum, many hopeful scientists, engineers, and entrepreneurs are striving to serve a growing need and demand for environmentally friendly, sustainable building products.  Among them are young inventors Eben Bayer and Gavin McIntyre, who in 2006 created Greensulate™, a novel insulation material made primarily of mushrooms, water, and agricultural waste.

Bayer was born in 1985 on his family farm in central Vermont where he gained an early appreciation for the way natural processes work and how living organisms sustain themselves and adapt to their immediate surroundings. In 2003, he entered Rensselaer Polytechnic Institute (RPI) in Troy, New York, as a mechanical engineering student.

McIntyre was born in 1985 in the small town of Yaphank, on eastern Long Island, New York.  A nature lover, he entered RPI in 2003 as well, as a mechanical engineering student with a special interest in sustainable technology.

The pair teamed up when they both participated in a product design and innovation studio at RPI where students were challenged to improve the efficiency and lower the environmental footprint of the average home. Bayer volunteered to look into home insulation.

He began working with McIntyre to investigate available insulation products. They found that there were so-called “green” alternatives to the standard fiberglass variety out there, such as denim or loose-fill cellulose. However, there was a void in the marketplace for a low-cost/low-energy insulating product that had structural strength, for use on the underside of a roof, for example, or in the core of a door.

Bayer says his flash of inspiration came when he realized that you could take a living organism, like fungi, and use its explosive and explorative growth (mycelium) to hold insulating particles together. This thought was inspired by seeing logs, leaves, and other brush being held together in the woods by living networks of fungi mycelium.

He and McIntyre began experimenting: growing spores and mixing them in various combinations with water, hydrogen peroxide, perlite, and starch, as well as with a variety of organic waste materials such as rice hulls. The mixture was poured into forms to make panels and dried out so that it becomes stiff. Satisfied with a formula, they grew their first, full-scale panels in the spring of 2007 and tested them to determine the composite’s insulating/firewall capabilities.

The result was Greensulate™, a two-inch-thick, organic, fire-resistant, biodegradable insulation product that is as efficient as many of the foam insulation products currently on the market. In particular, it could be used in a variety of applications where Styrofoam is used today, such as for insulation, packaging material, or even surfboards. The duo was granted a patent in 2009 for their inventive idea.

Bayer and McIntyre were both awarded dual BS degrees in Mechanical Engineering and Product Design and Innovation from RPI in May 2007. Before they graduated, they co-founded Ecovative Design to further develop and commercialize Greensulate™. Bayer serves as CEO and co-founder, while McIntyre is co-founder and Chief Scientist.

In 2007, Bayer was honored as a finalist of the Lemelson-Rensselaer Student Prize for his inventive work. Ecovative develops a number of products using the Greensulate® composite platform for use in areas such as packaging and horticulture. According to its founders, Ecovative’s long-term mission is to create novel materials and energy solutions based on existing living systems. 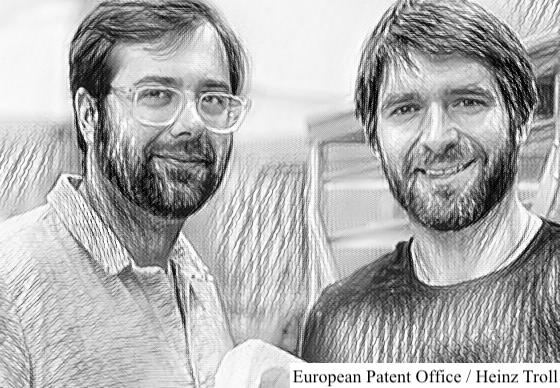