RFID, or radio frequency identification technology, is an integral part of modern society, using the power of electromagnetic energy to automatically sense and track information in thousands of applications, from network and building security to monitoring inventory and sales to preventing auto theft, keeping tabs on library books, and running unmanned toll booths.

The technology uses radio waves for remote communication between a “tag,” which may be in the form of a sticker or a data card attached to a person, animal or object, and a “reader” or scanner. This allows for precise, efficient, remote tracking or monitoring of objects according to the data contained on the tags.

No single individual may take credit for all of the technological advances that lead up to the ultimate development of RFID, but one inventor, Charles Walton, was among the first to patent innovations related to this area. Having been awarded at least 10 patents for RFID-related devices with more than 50 patents to his credit overall, Walton undoubtedly had a hand in putting the technology on its path to vast, wide-scale deployment and commercialization.

Born in 1921, Walton grew up in Maryland and New York. He graduated from Cornell University in 1943 with an electrical engineering degree. He went on to the Stevens Institute of Technology in Hoboken, New Jersey, where he earned master’s degrees in electrical engineering and economics of engineering.  At the conclusion of his studies, Walton served in the Army Signal Corps where he worked with telecommunications services. In 1960, he accepted a position with IBM's research and development laboratories where he spent the next decade working on projects related to automatic control and disc drives.

In 1970, Walton left IBM and started his own company, Proximity Devices, in Sunnyvale, California. This enterprise would become one of the first profitable RFID products companies, with devices made based on Walton’s patents. Other RFID products existed before Walton’s did, including systems used for sorting mail and luggage. Some breakthrough RFID devices, such as the first RFID tags created in 1969 by Mario W. Cardullo and Bill Parks of the Communications Satellite Corporation were also part of the industry’s steady development. Walton’s 1973 design for a "Portable radio frequency emitting identifier," however, has been referenced and modified by many, as have many of his other RFID-related designs.

The first of Walton’s RFID-related creations, a portable radio frequency emitting identifier uses an electrical current from a radio transceiver, or reader, to activate a key card when the two are within six inches of each other. This invention served as the basis for his first successful product, a type of sensor-based, electronic door key. Walton developed the product with the Schlage lock company. The system went into production in the late 1970s, and Walton licensed the technology to other companies as well. Many of today’s popular key-card/sensor lock systems are based on his original design.

Walton’s other RFID devices include two different types of RFID tags and a digital version of RFID that made it possible to change data on key cards, a technology now owned by Westinghouse. He also developed a system for handling automated toll collection. He sold other technologies to companies such as Checkpoint and the Hughes Identification Company. In 2004, he patented a "Proximity card with incorporated PIN code protection.”

Though in the 1970s and 1980s, the bar code was the preferred solution for identifying products in stores and warehouses, mostly because it was much less expensive than an RFID card or tag was then. Today, RFID technology is commonly used everywhere from warehouses to retail stores. Walton’s original patents, however, have since expired, and many more RFID device companies have appeared on the playing field. 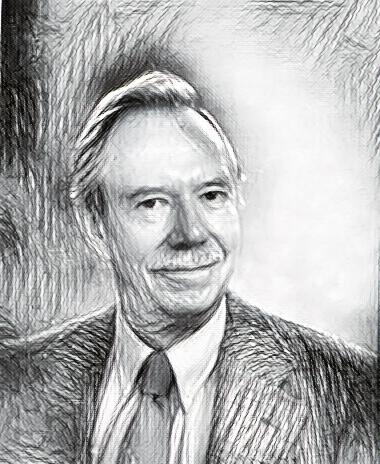