The ease with which today’s average consumer can engage in extremely robust, high-quality desktop publishing can be credited largely to the work of John Warnock and Charles “Chuck” Geschke, who founded Adobe Systems, Inc. in 1982 to deliver the programming language known as PostScript to printer and computing device makers.

Warnock and Geschke first met while working for the research organization Xerox PARC (Palo Alto Research Center), where Warnock, under the direction of Geschke, developed a language dubbed “Interpress” to enable Xerox printers to talk to computers. The pair’s mutual frustration with Xerox PARC’s unwillingness to commercialize the software inspired them to strike out on their own. Today Adobe is arguably the most important firm in desktop publishing software worldwide and is worth nearly $3 billion.

Warnock was born on Oct. 6, 1940 in Salt Lake City, Utah. He attended the University of Utah, where he earned BS degrees in mathematics and philosophy, an MS in mathematics, and a PhD in engineering and computer science. He joined IBM Corp. while pursuing his doctoral degree and then left, planning to complete his education and become a professor. A job in the computer center at Utah inspired in him a love of technology and an interest in the burgeoning personal computing industry. He worked for a time for Evans & Sutherland Computer Corp. and Computer Sciences Corp. before he accepted a post in graphics research at Xerox PARC. Geschke was the man who hired him.

Cleveland, Ohio native Geschke was born on September 11, 1939. He earned a BA in classics and an MS in mathematics at Xavier University, followed by a PhD in computer science from Carnegie Mellon in 1972. He joined Xerox PARC shortly after graduation. There he helped design the Mesa programming language and was charged in 1980 with forming a new laboratory focused on graphics and imaging research. He formed the Imaging Sciences Laboratory where he led the development of Interpress, a device-agnostic printing protocol, working closely with Warnock.

At that time, personal computing devices were beginning to come to the marketplace for the first time. Printers were being developed, but these were of the dot-matrix variety, which produced results with extremely poor quality. Printing from computers was typically done using typesetting machines that cost upwards of $150,000, and production was labor-intensive.

While Xerox made Interpress its internal standard, the firm was not interested in licensing the technology to others. Warnock and Geschke believed that this was a tremendous missed-opportunity. They resigned from Xerox PARC in 1982 and created a new language from scratch to enable computers to communicate to printers exactly how text, images, and lines should appear on paper. They named their firm after a creek that ran behind Warnock’s home.

Their original plan was to start a service business where they would provide printing services to businesses and consumers. Encouraged by their financial advisors, they moved toward a software development model and focused on making PostScript truly portable, based on Warnock’s innovative algorithm for “hidden surface determination in computer graphics.”

They caught the attention of Steve Jobs and Apple Computer, which bought a 19 percent stake in Adobe and agreed to use PostScript in its LaserWriter printer. That printer hit the market in 1985. A year later, Texas Instruments released IBM-compatible PCs equipped with the PostScript protocol. Adobe held its initial public offering in 1986. By 1988, it had grown to an $83 million company.

Adobe expanded its offerings, adding Illustrator design software in 1987, Acrobat in 1993, and later, Photoshop and Premiere. The company also created the Acrobat portable document format (PDF), which made it possible to transfer files between incompatible systems and keep the look consistent. Adobe remains an industry standard setter and continues to update and add to its product line.

Warnock held the position of Chairman, CEO, and Chief Technical Officer of Adobe Systems until 2001. He holds six patents and has been honored with numerous awards for his work, including the ACM Systems Award, the Bodleian Medal, and many others. He is also a fellow of the Association for Computing Machinery.

Geschke held the post of president of Adobe until 2000. His long list of awards includes the John W. Gardner Leadership Award and, with Warnock, the 2006 American Electronics Association’s Medal of Achievement. In 2009, they both received the National Medal of Technology and Innovation, one of the most prestigious awards given to scientists, engineers, and inventors. Today, Geshcke and Warnock continue to serve as co-chairmen of the board at Adobe Systems. 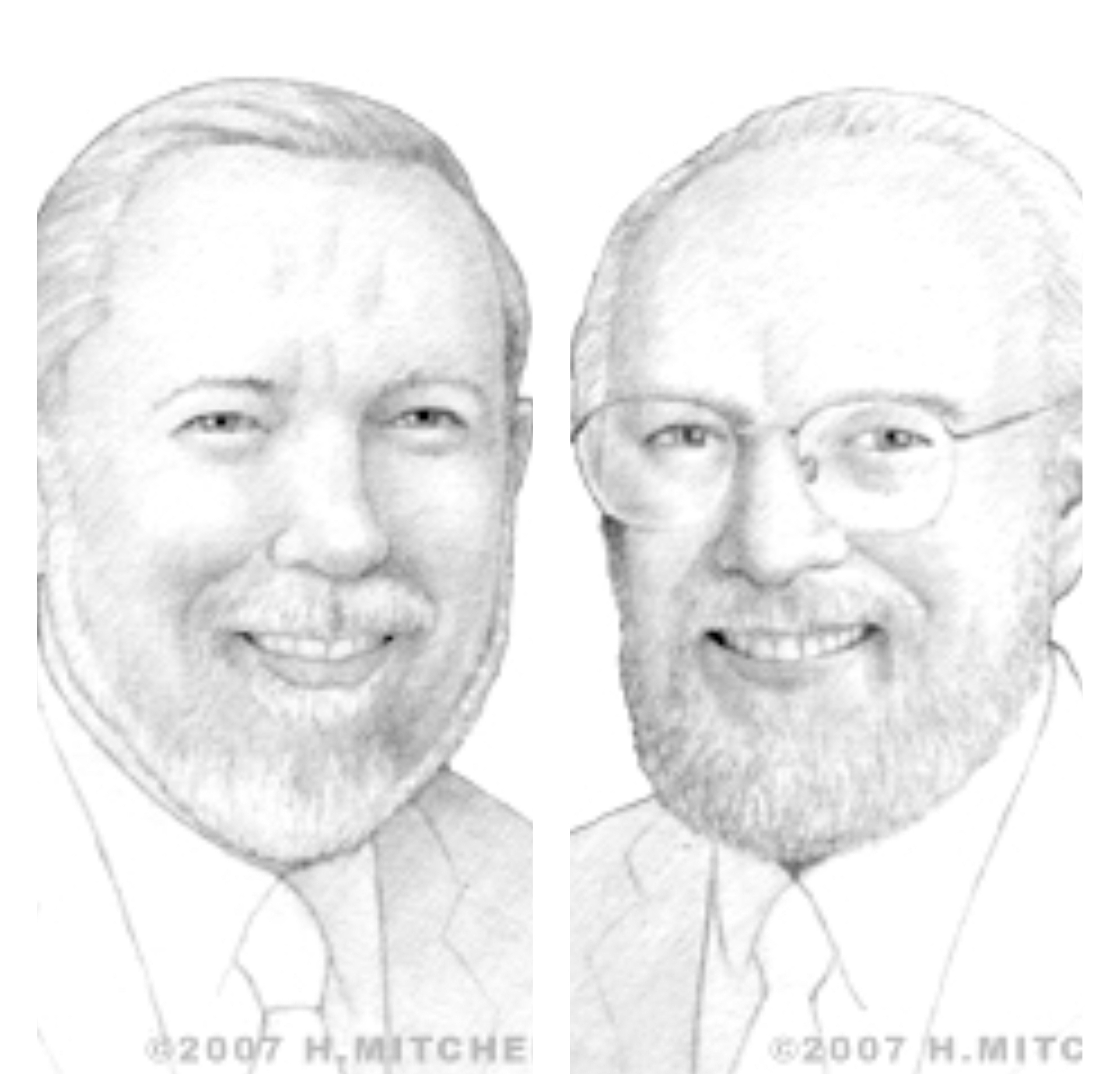