The board game Monopoly™ was itself the winner in a field of real estate games. The first, called "The Landlord's Game," was invented by Lizzie Magie of Virginia (patented in 1904). In this game, players rented properties, paid utilities, and avoided "jail" as they moved through the board. The game was intended to teach the iniquities of current realty and tax systems. But despite Magie's intentions, people enjoyed its fierce financial competition, and they began creating versions customized to reflect their own neighborhoods.

In the early 1930s, Charles Darrow of Germantown, Pennsylvania played such a game at a friend's house. Unemployed amidst the Great Depression, he understood the dream of financial success. He set about creating his own version, modeled after his favorite resort, Atlantic City. Darrow made numerous innovations for his game, which had a circular, cloth board. He color-coded the properties and deeds and allowed them to be bought, not just rented. He modeled the playing pieces on items from around his house. Darrow's "Monopoly" (1933) was a perfect combination of the cutthroat and the cute.

Soon, not only friends but stores in nearby Philadelphia were clamoring for copies of Darrow's game, which he had begun to make at home and sell for $4 each. By 1934, Darrow could no longer keep up with the demand himself. He wrote to Parker Brothers to ask if they would like to handle Monopoly. They rejected it, citing fifty-two fundamental flaws. However, after hearing about the massive Monopoly orders for the 1934 Christmas season, Parker Brothers changed their mind. They bought the rights to the game in return for royalties. Charles Darrow retired a millionaire a year later.

Today, Monopoly has been played by over a half billion people worldwide. There are international championships, clubs, and ongoing games on the Internet. Both the history and the play of Charles Darrow's game testify to the power of the entrepreneurial spirit. 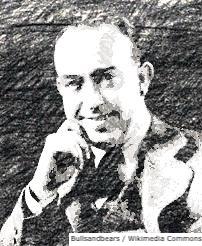