Stephen Quake is a prolific inventor with a fearless ability to explore and work across disciplines. His work has led to a number of groundbreaking inventions in personalized medicine, drug discovery and noninvasive diagnostics, among other areas. For these inventions, their commercialization, and their advancement of human health, Stephen Quake is the recipient of the 2012 $500,000 Lemelson-MIT Prize.

Quake learned about technology early on from his father who worked in the computer industry. His father often brought computers home from work, teaching Quake computer programming.

After receiving degrees in both physics and mathematics from Stanford University, Quake used his knowledge of computers to develop the biological equivalent of the integrated circuit. With thousands of miniature pumps, pipes, chambers and valves per microchip, microfluidic large-scale integration (LSI) makes it possible to conduct a large number of experiments simultaneously, an application that has been leveraged for studying cancer. Microfluidic LSI is now the basis of Quake’s company, Fluidigm.

Often inspired to invent based on personal experiences, Quake began to question invasive pre-natal testing and its potentially harmful effects during his experience becoming a father. He created the first non-invasive prenatal test for Down syndrome, requiring just a small amount of blood drawn from the mother’s arm to be effective. He is the co-scientific founder of Verinata Health, which has successfully completed a large-scale clinical validation study, with Quake’s testing method forming the basis of the resulting commercial test. After his daughter was diagnosed with food allergies, Quake pioneered research that helps scientists study the immune system in an entirely new way by applying high-throughput sequencing. Quake co-founded ImmuMetrix to develop commercial applications of this research to better measure aspects of the immune system for conditions ranging from organ transplant to autoimmune disease.

Constantly pushing limits with his pioneering inventions and discoveries, Quake also inspires young students to do the same. He envisioned and launched an “Inventors Workshop” for local high school students to learn how to become inventors and help them express their creativity by solving real-world problems. Quake works individually with the students on weekends and after school in his lab, where the students have access to all of his design and prototype facilities. Quake has also developed several innovative “hands-on” courses for college-level students at both Stanford and the California Institute of Technology.

Quake has published more than 200 research papers, has lectured at universities and scientific conferences around the world, and was a guest science blogger for the New York Times in 2009. His contributions in science and technology have been recognized with the NIH Director’s Pioneer Award, the Raymond and Beverly Sackler International Prize in Biophysics, and the Promega Biotechnology Prize. The practical applications of his research have led to multiple companies and over 80 U.S. patents and international patents.

Stephen Quake is currently at Stanford University working as the Lee Otterson Professor of Bioengineering and Professor of Applied Physics. He is also co-President of the Chan Zuckerberg Biohub. 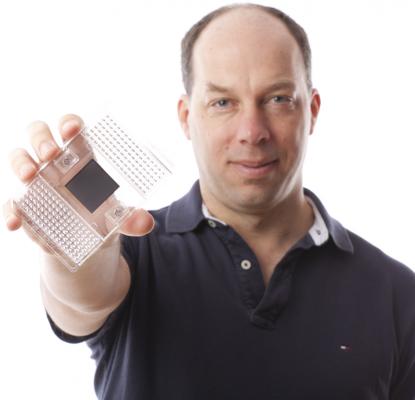