Luis von Ahn was born and raised in Guatemala, where he saw firsthand that high-quality educational opportunities were limited to those with money. In particular, learning English has long been a necessary means for getting out of poverty, yet it was expensive and unattainable for most people. Inspired to fix this, von Ahn co-founded Duolingo in 2011 to make language education free and accessible to everyone, and it has grown to become the most popular language-learning platform worldwide.

After receiving his bachelor’s degree in mathematics from Duke University in 2000, von Ahn earned a PhD from Carnegie Mellon University in 2005. His doctoral thesis introduced “human computation” (better known today as crowdsourcing), which became the foundation for his earlier work on CAPTCHA, reCAPTCHA and Games With A Purpose.

Von Ahn joined the faculty at the Carnegie Mellon School of Computer Science in 2005. His humorous teaching style attracted hundreds of students to his computer science class each semester, and he mentored more than 20 undergraduate interns, most of whom went on to earn doctorates at Carnegie Mellon University, Stanford University, and MIT. Shortly before founding Duolingo, he delivered a TED Talk, “Massive-scale online collaboration,” that has been viewed more millions of  times.

Motivated by the success of Duolingo’s language-learning platform, von Ahn was inspired to further break down barriers to education – with a focus on English language certification. Each year, millions of people hope to study in a U.S. university, obtain a work visa in an English-speaking country, or get a job at an international company. In order for any of these desires to become a reality, applicants are required to demonstrate proficiency in English. The problem von Ahn saw was that traditional certification tests typically cost $250 (a month’s salary in many developing countries), and often require travel to distant testing centers. Von Ahn himself had to fly from Guatemala to El Salvador to take the TOEFL as he was preparing to apply to universities in the U.S. To help solve this issue of affordability and access for English testing, Duolingo created the Duolingo English Test in 2014. The test costs $49 and can be taken at home on a computer at the test-taker’s convenience. The test adapts itself to user responses using machine learning and natural language processing techniques invented by the Duolingo team, and can be done in 45 minutes as opposed to the three hours it takes for traditional tests. Today, the Duolingo English Test is accepted by 3000 institutions worldwide as part of their admissions process to test their applicants’ English proficiency. This includes many top universities such as Duke, UCLA, Columbia, Dartmouth, NYU and Yale.

Von Ahn is the winner of the 2018 $500,000 Lemelson-MIT Prize for his groundbreaking inventions, commitment to youth mentorship, and dedication to improving our world through technological invention.

He holds multiple patents, has been published in many scientific papers, and was the first to publish and use the term human computation. His research and work in this field has earned him international recognition and numerous awards. In 2005, at the age of 28, he was recognized as a MacArthur Fellow for his work at the intersection of cryptography, artificial intelligence, and natural intelligence to address problems of profound theoretical and practical importance. Von Ahn has been named one of the 10 Most Brilliant Scientists by Popular Science Magazine, one of the 50 Best Brains in Science by Discover, one of the Top Young Innovators Under 35 by MIT Technology Review, and one of the 100 Most Innovative People in Business by Fast Company Magazine.

Currently, von Ahn focuses on Duolingo full time as CEO. He sits on the board of directors of the U.S. Foundation of the University of the Valley of Guatemala, where he helps shape the future of education in the country. He has given talks about Duolingo to young people at universities in Turkey, India, Guatemala, Chile, Argentina, Mexico, and Costa Rica. Duolingo also hosts Creative Technology Nights at their offices to inspire middle school girls to pursue careers in STEM (science, technology, engineering, and mathematics).

When the COVID-19 pandemic shuttered schools in early 2020, Duolingo moved up its release of a literacy app for children ages three to six years old in Australia, Canada, Ireland, New Zealand, the U.K. and the U.S. This new app, Duolingo ABC, combats problems of global illiteracy and gives more children the opportunity for social mobility through learning to read and write English. 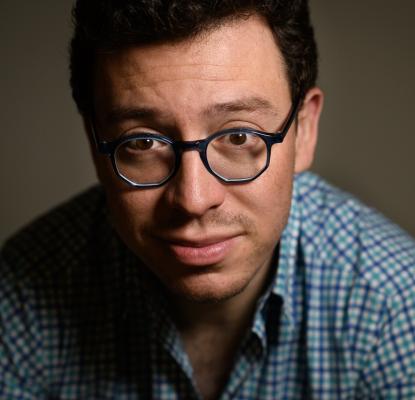