Raised by a physicist and an accomplished poet, John A. Rogers attributes his entrepreneurial success to appreciation for both science and the creative arts. These combined interests became the basis of his approach to innovation, learning early on that successful new ideas result from leveraging creativity while maintaining the constraints of practical utility. Today he is one of the most prolific mid-career inventors in the country with more than 80 patents and four companies to his name. For his inventive accomplishments which have led to commercialized technologies in a breadth of fields, Rogers is the recipient of the prestigious 2011 $500,000 Lemelson-MIT Prize.

Rogers has spent his career moving effortlessly between science and technology, always with an eye towards practical application and societal impact. Rogers led an interdisciplinary team of young researchers as a professor of materials science and engineering at the University of Illinois. The group’s inventive process entailed identifying society’s most pressing issues and finding their most compelling solutions. Not surprisingly, Rogers’ work often falls within the realms of human health and energy.

Humanizing electronics has been one of Rogers’ pursuits. Blurring the divide between technology and biology, Rogers’ flexible, biointegrated electronics have the ability to adhere to curved, biological surfaces, and have applications in cardiology and neurology, as well as health and fitness. In 2008, he founded mc10 Inc. to commercialize the technology, and in 2010 the company announced a collaboration with Reebok Int. Ltd. to create a new class of athletic apparel and equipment using the flexible electronics platform.

Understanding the increasing importance of sustainable energy sources, Rogers also developed high-performance semiconductors in the form of tiny solar cells. This innovation is currently in advanced stages of commercialization through another of his start-up companies, Semprius Inc., including a joint development effort with Siemens.

No matter the focus, Rogers strives to mature his prototypes to the furthest possible extent in the laboratory before handing them off for commercialization. Without his persistence in the lab, commercialization would not be possible. “The key to success is pursuing ideas relentlessly, with an eye toward endpoints that have potential for major positive societal ramifications,” Rogers said. Beyond persistence, establishing a web of collaborative relationships is what allows him to enter many different fields simultaneously and successfully.

These ideas of perseverance and collaboration are omnipresent in Rogers’ mentoring, a passion based on his belief that the collective impact of his students will be far greater than anything he can do individually. He served as the director of the National Science Foundation’s Nanoscale Science and Engineering Center from 2009-2012, where he managed student-driven programs that spanned every aspect of science, technology, engineering and math education, from summer day camps to research experiences for undergraduates.

Rogers holds Bachelor of Science degrees in both physics and chemistry from the University of Texas, Austin, and Master of Science degrees from the Massachusetts Institute of Technology (MIT) in the same fields of study. Continuing his education at MIT, Rogers later earned a PhD in physical chemistry. He has received numerous honors and awards for his work including the MacArthur Fellowship, election to the National Academy of Engineering, and selection as one of the Top 100 Young Innovators for the 21st Century by MIT’s Technology Review. Rogers is currently working at Northwestern University as the Louis Simpson and Kimberly Querrey Professor of Materials Science and Engineering, Biomedical Engineering, and Neurological Surgery. 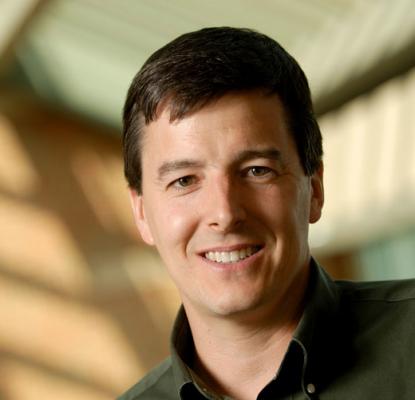