At what later became known as "the Mother of All Demos," Douglas Engelbart in 1968 publicly demonstrated the computer mouse, hypermedia and shared screen teleconferencing for the first time. His presentation at the Fall Joint Computer Conference in San Francisco received a standing ovation from 2,000 astonished computer professionals who had never before seen a mouse-controlled cursor manipulate text. In fact, they had never before seen a text-only display, such as Engelbart had projected onto a large screen from a primitive mainframe computer located 25 miles away! His demonstration predated the first personal computer as well as word processing software. In 1997, he was awarded the $500,000 Lemelson-MIT Prize.

A visionary with enormous impact, Engelbart dedicated his career to designing systems that could help humans collectively manage their increasing complex world. He held 20 patents and his inventions included the computer mouse, hypertext systems, windows, cross-file editing, groupware, and a host of other technologies that form the basis of interactive, collaborative computing. These pioneering concepts formed the backbone of Englelbart's NLS (oN-Line System), developed at Augmentation Research Center, which he founded and directed at the Stanford Research Institute throughout the 1960s and 1970s.

Engelbart's developments for the personal computer opened the door for numerous capabilities. His original windows concept inspired the development of the ubiquitous Microsoft Windows95, and his hypertext system helped advance the promise of the World Wide Web. As Byte magazine said of Engelbart in a 1995 article honoring 20 persons who have had the greatest impact on personal computing: "Comparisons with Thomas Edison do not seem far fetched…"

Born on a farmstead in Oregon in 1925, Engelbart earned his MS and PhD in electrical engineering from the University of California, Berkeley. In 2000 he was awarded the National Medal of Technology by President Clinton and many honors thereafter for his work. 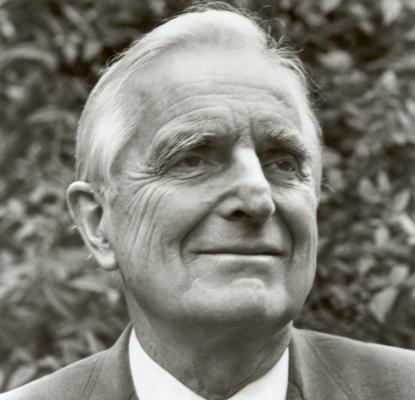